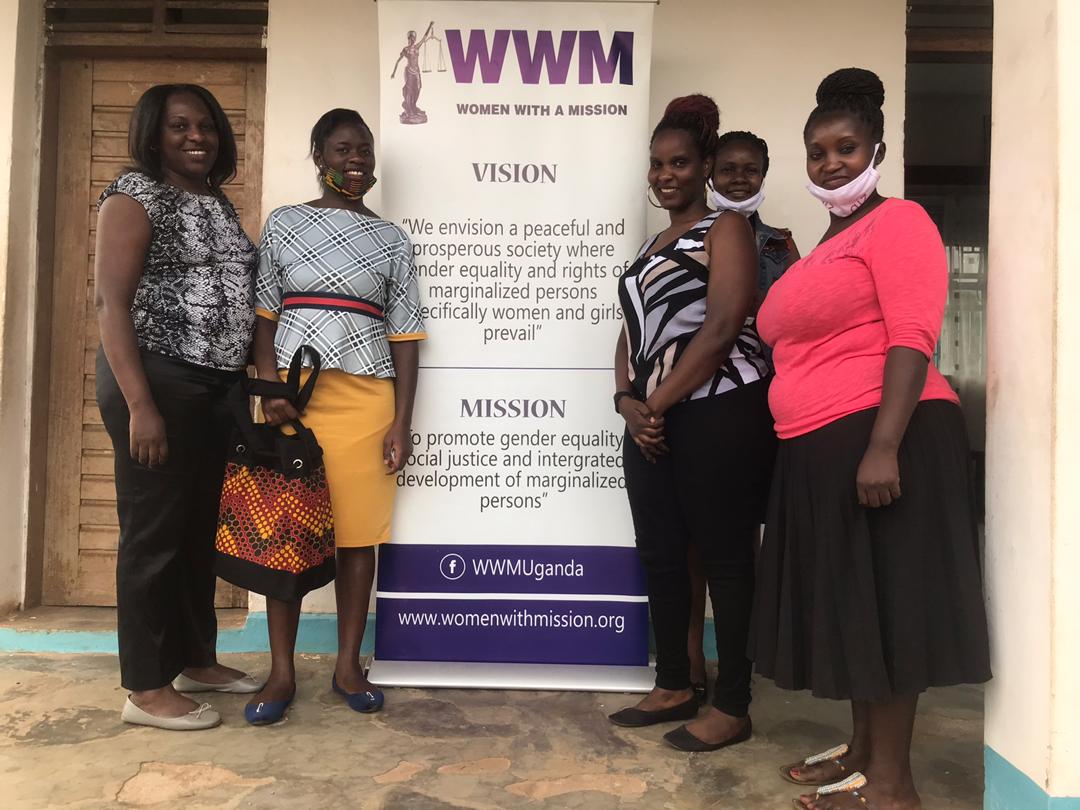 Caption: WHRDNU staff (second left) poses for a photo with WHRDs in Mbale before heading to other districts.

There are many WHRDs in the districts of Kapchorwa, Kween and Mbale who are individual and organization affiliated Women Defenders. They defend Children’s Rights, Sexual and Reproductive Rights of women and girls, land rights of ethnic and indigenous people, rights of LBTG Women and fight against Widow Inheritance.

On 8th July 2020, the Women Human Rights Defenders Network Uganda (WHRDNU) represented by secretariat and the Head of Oil and Extracting rights working group woman defender conducted a solidarity visit to 18 WHRDs in the above mentioned districts to express solidarity, create awareness of WHRDNU, monitor their situation and encourage networking  to foster solidarity among them.

The WHRDs voiced a series of challenges they were facing which included: being abhorred by barriers to access to justice, Phone call warnings, threats of being raped and beaten up, hostility from their community members and having nowhere to report such incidents. They recognized that the solidarity visits energize and encourage them. Members also received a helpline that would enable them reach WHRDNU.

We equipped them with tools and skills on how to identify the different forms of violations and how to report to WHRDNU for support in case of attacks. Contacts of service providers were shared through a list of referral services.

The WHRDs intimated that they would like to have more solidarity visits made to their areas to enhance and boost their confidence as they carry out their work and as a way of self-checking on their mental and psychological state. 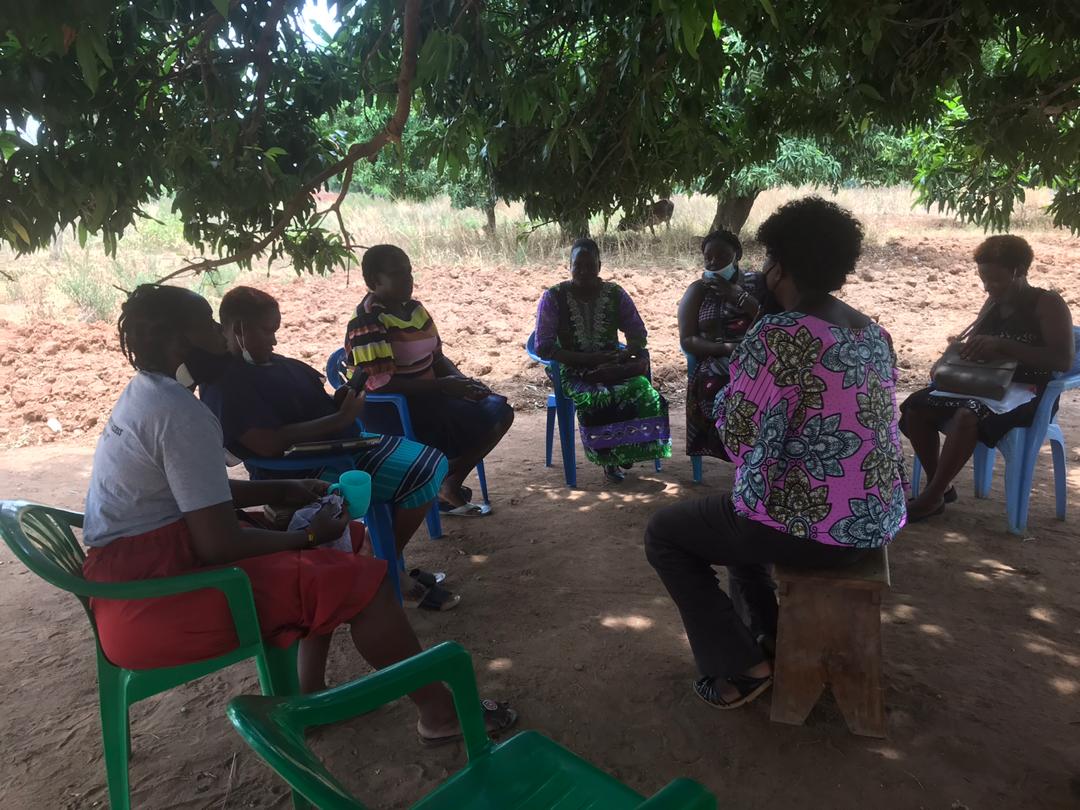 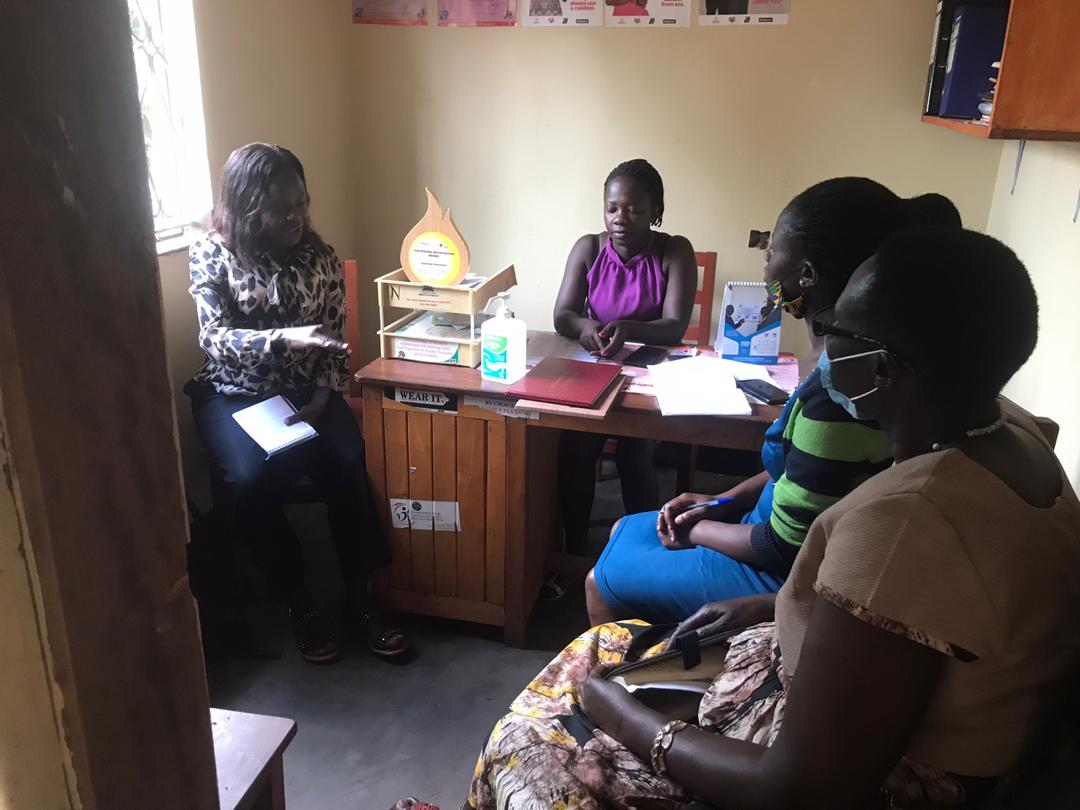 The WHRDN-U has continued amplifying the voices of Women Human Rights Defenders at all levels during the COVID-19 pandemic. We have submitted to the UN Humans Rights Office stories of frontline defenders, press statements, virtual networking, advocacy meetings and continued support to WHRDS at risk.

We also conducted solidarity visits to WHRDs in danger and  provided referral services to WHRDs to access services from like minded organizations. WHRDN-U will continue amplifying the voices of WHRDs and remain committed to provide support to those at risk during and post the COVID-19 pandemic. 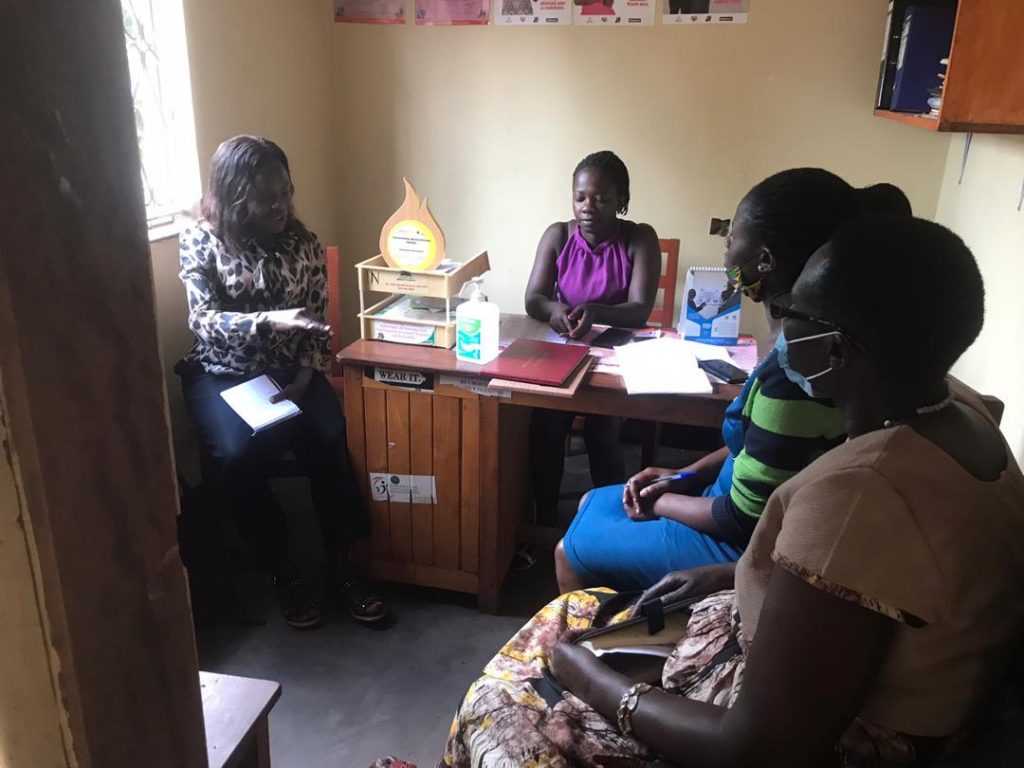 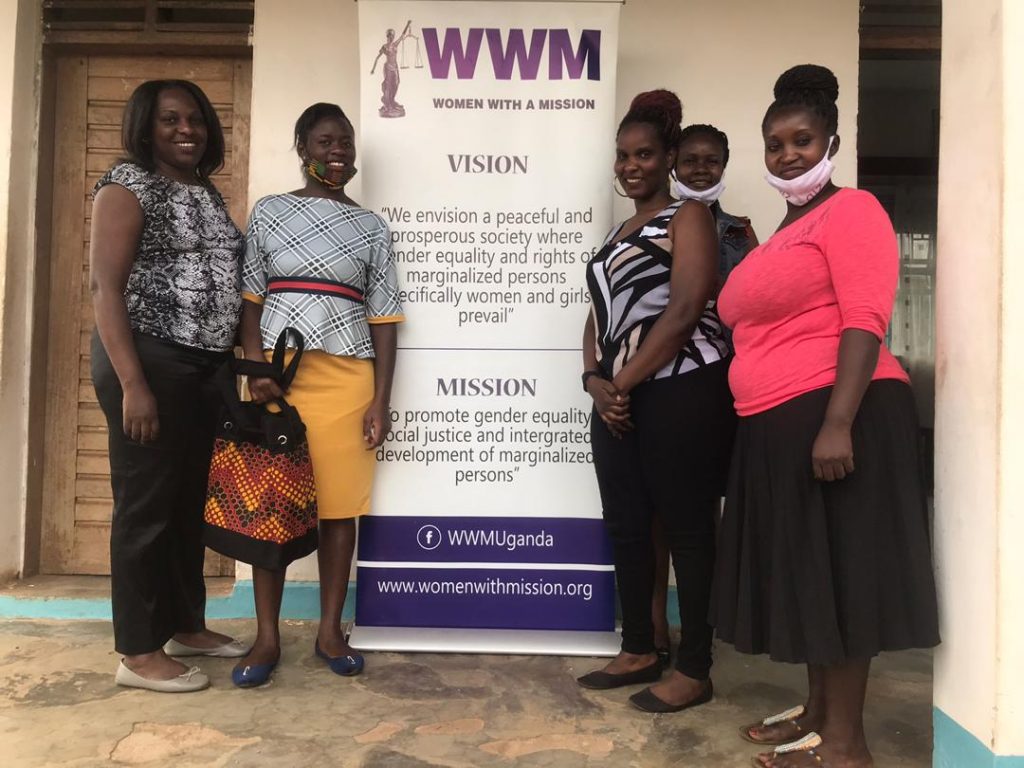 WHRDNU staff poses for a photo with WHRDs from Women With A Mission in Mbale district. 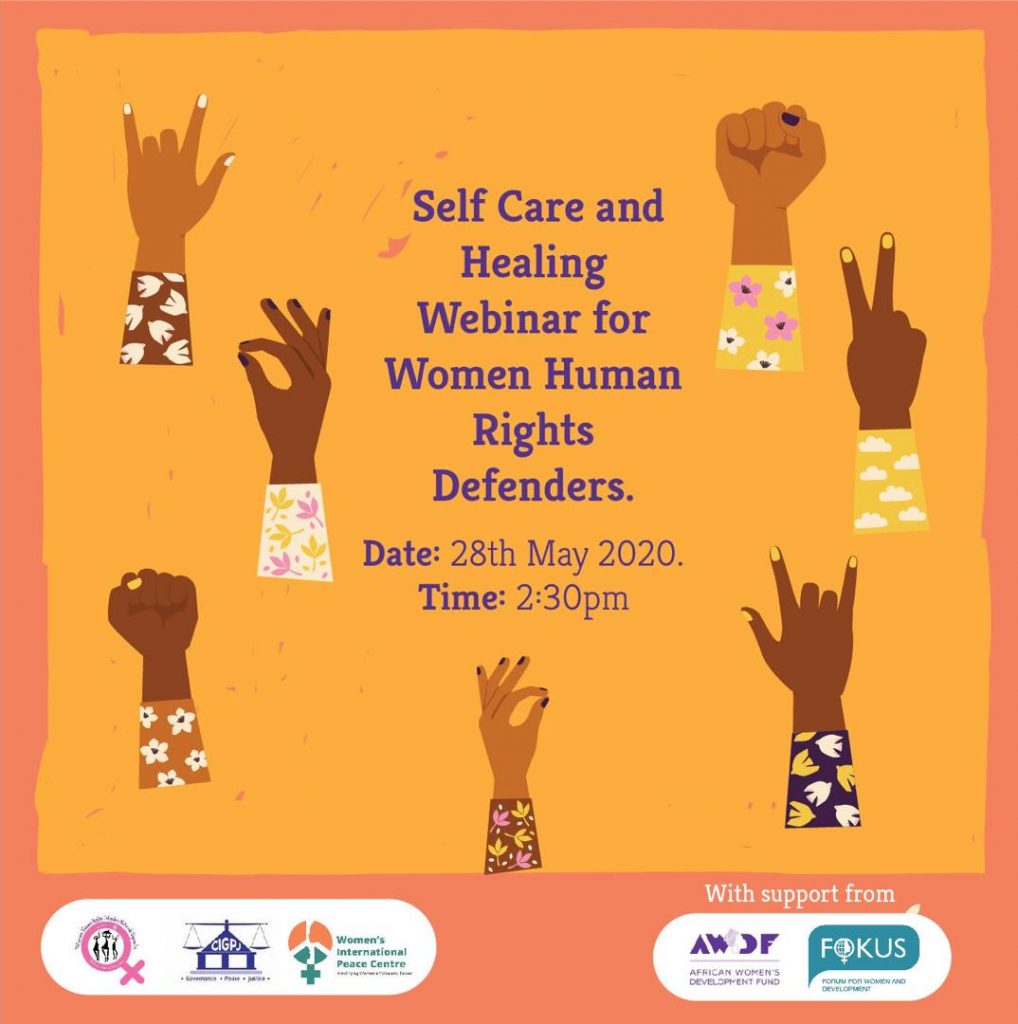 Self Care and Healing webinar For Women Human Rights Defenders 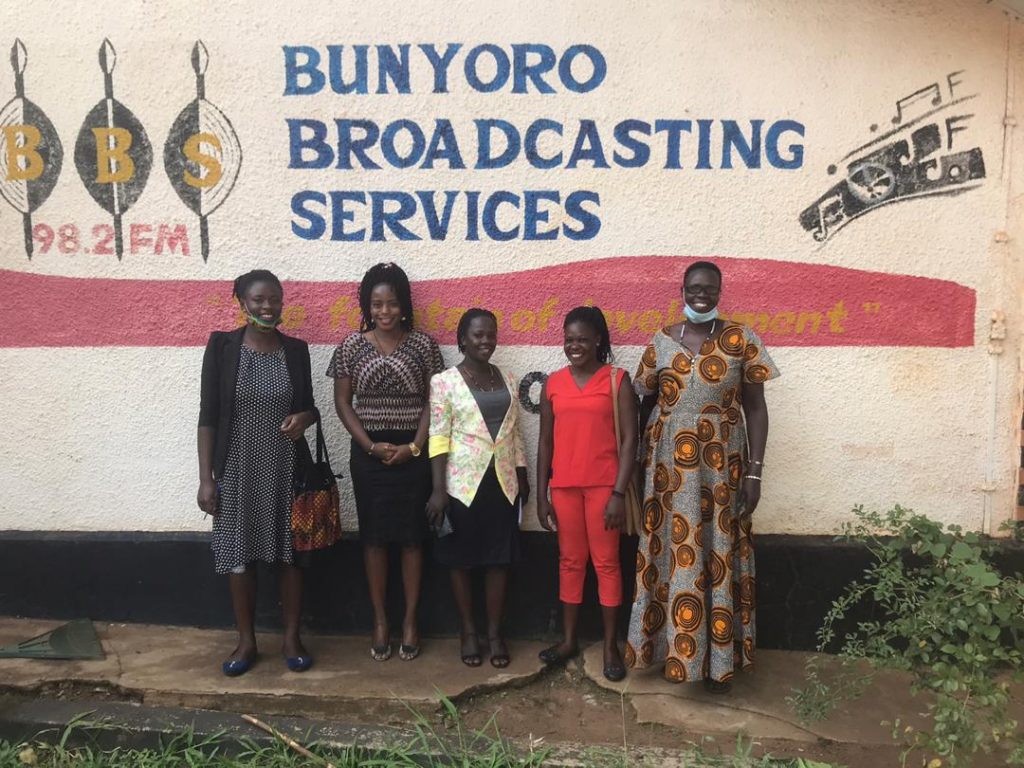 The head of the women defenders with disabilities, a female journalist based in Masindi with the Bunyoro Broadcasting services and the regional focal person pose for a photo. 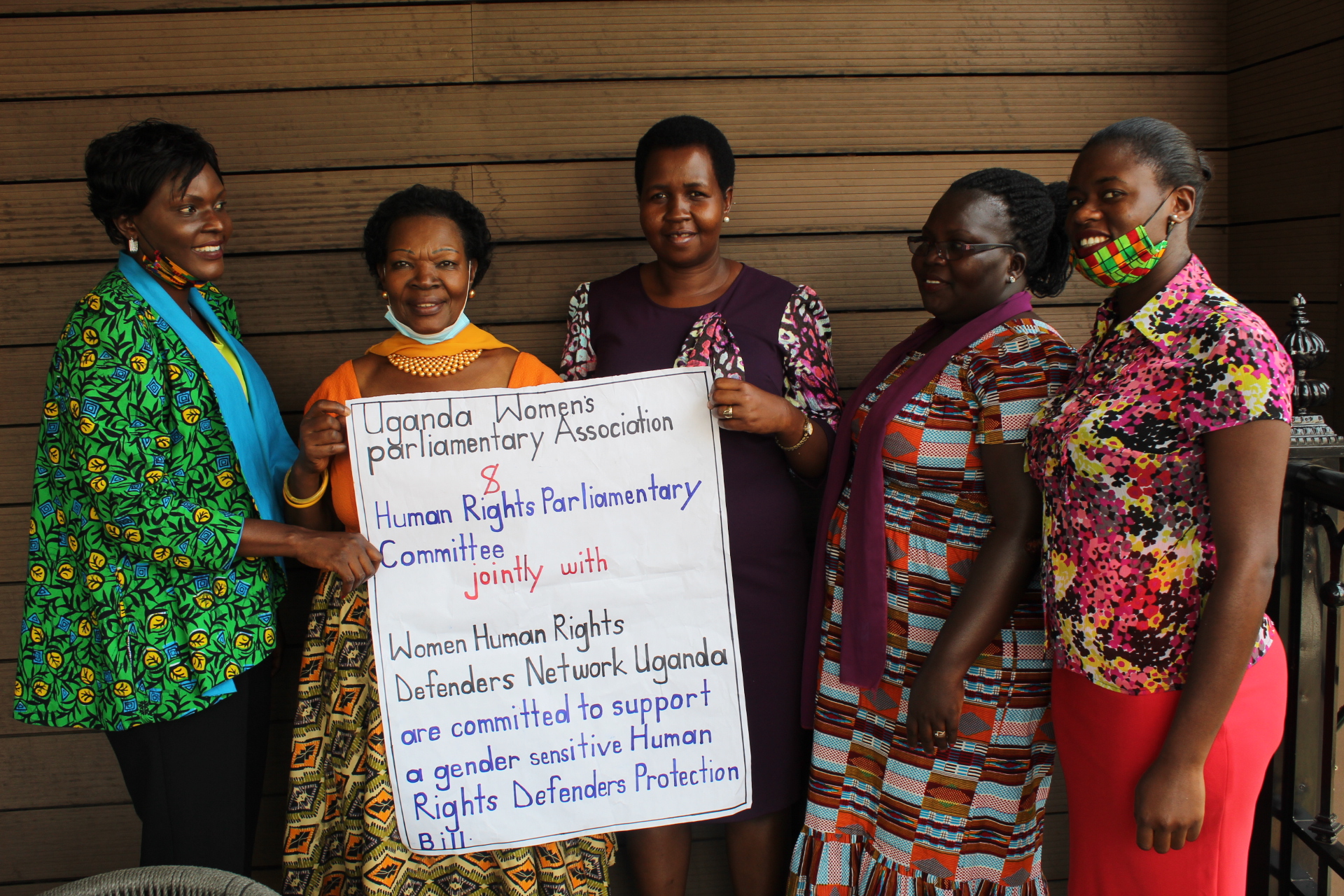 It is important to WHRDN-U that Women Human Rights Defenders are well represented in this bill, and this was central to the discussions held. Hon Lucy Akello, who sits on the Human Rights Parliamentary committee welcomed the idea of ensuring women’s voices and rights are well respected in drafting the bill.

Mary Lamunu, welcomed the timely intervention and discussion and emphasized the need for WHRDs issues to be well laid out in the bill. The discussion held resulted in the members agreeing to champion this cause going forward in Parliament.

Our Executive Director Brenda was named Human Rights Defender of the month November 2019 by Defend Defenders, an organisation that seeks to protect and strengthen human rights defenders in East Africa and horn of Africa sub region. We are deeply honored as an organization to also be recognized by our works and are more than motivated to pursue justice for all Women Human Rights defenders in Uganda.

On 14/11/19, a group of Women Human Rights Defenders and activists led by the UN Resident Coordinator Rosa Malango met the Uganda Speaker of Parliament, Rt. Hon Rebecca Alitwala Kadaga at Parliament. The meeting was set up to discuss the state of Women human rights defenders in the country.

Among the key issues addressed were amendment of women emancipation which impedes women emancipation, a firmer stance against gender based violence and creating a strong linkage with Uganda women parliamentarians. The challenges faced by Women Human Rights defenders in the mining sector were put into plight by the speaker and commended the courageous women rescuing women who are flown abroad and are exploited and tortured.