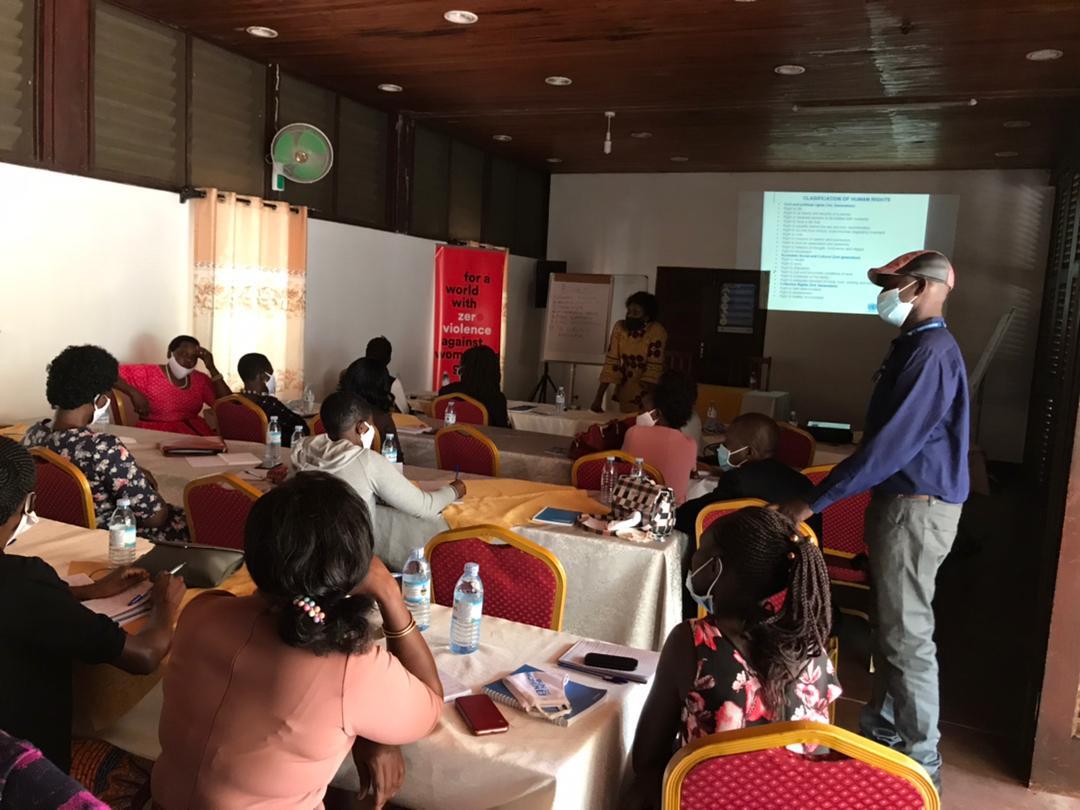 On the 19th of May 2021, 20 Women human rights defenders (WHRDs) from Karamoja region were trained in Human Rights Activism in Moroto district, Uganda. They were trained by UN Women together with OHCHR and Women Human Rights Defenders Network Uganda (WHRDNU) from 19th to 21st May.

It aimed at improving their skills of doing human rights work. The meeting was organized following concerns raised by WHRDs related to backlash from their communities, increased gender violence, police resistance and rampant name calling.

During the training, the Women defenders outlined key national protection institutions they can partner with in their defense of human rights. These included Uganda Human Rights Commission, Uganda Law Reform Commission, The Justice, Law and Order Sector. The Uganda Police Force and Equal Opportunity Commission (EOC). These institutions defend and advocate for human rights and human rights activists.

The WHRDs were also introduced to the national and International human rights protection mechanisms. For instance the Universal Periodic Review (UPR) is an international human rights protection mechanism. The UNOHCR facilitator informed participants that Uganda was reviewed in UPR in October 2011 noting that the government received over 170 recommendations and accepted 129.

The Women defenders were encouraged to work amicably with duty bearers. For instance they can build a friendly working relationship with police officers in their areas. This would make it easy for them to report an attack or follow up on cases.

The training methodology encouraged participation by every member. For instance, the WHRDN-U staff, divided participants in to 3 groups. The group discussions enabled participants to discuss key questions namely:

Responses to questions above.

The second group suggested solutions such as avoiding joining multiple WhatsApp groups, desist from sharing hate speeches or personal information online/ offline. Having a 24/7 helpline like the one of WHRDNU at all times, use of different routes to avoid being followed unaware and referring cases to WHRDNU for support.

The third group gave insights on how women defenders can prevent or respond to attacks against them. These included but were not limited to reporting cases to authorities, burden sharing to overcome trauma, recording phone calls to do with threats, having good relationships with other WHRDs and joining professional organizations that can help.

At the end of the training,  the WHRDs were appreciative of the new knowledge and skills they had acquired from the workshop.