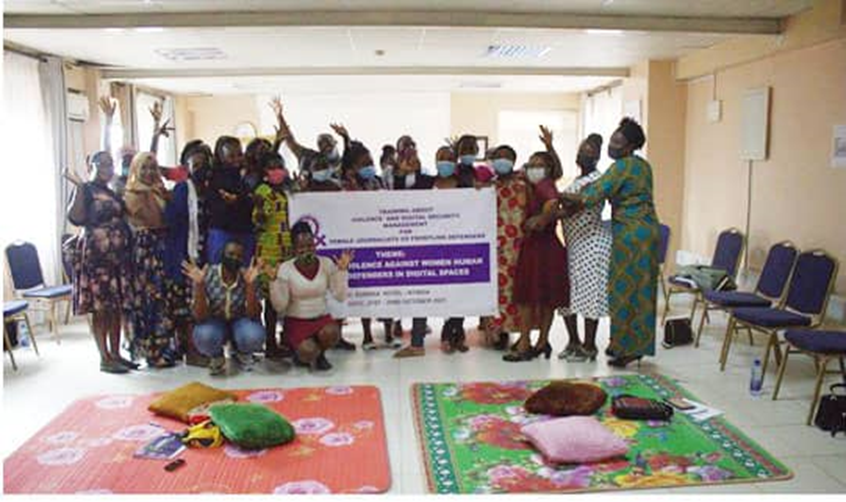 Female journalists WHRDS were asked to consider digital security crucial as a means to protect themselves from online attacks. This was during a two-day training of 20 female journalists from different media houses, organised by Women Human Rights Defenders Network Uganda (WHRDN-U) at Eureka hotel in Ntinda, on 21th to 22nd October 2021.

Female journalists working as frontline defenders face a lot of challenges attributed to gender stereotypes. The training, aimed at equipping them with knowledge on how to report and respond to the attacks they face online while executing their work.

Ms. Amwiko Sarah, a journalist at Radio Pacis in Arua district expressed that she wrote a story about her friend who is lesbian but her news editor denied it to be aired. Even when she held a talk show with a topic “Rights of different sex desires”, people on social media accused her of supporting immorality.

Ms. Kalungi Rachael, a journalist at B FM explained that she has faced online threats from her ex-boyfriend who helped her to create a Facebook account. After they broke up, he changed the password and currently, he is controlling it. Of recent, he posted nude pictures on that page.

Ms. Karungi (in a white and black dress), explaining her experience on online gender-based violence.

Ms. Kwikiriza Sandra, a facilitator of digital security management enabled journalists to install the most recommendable Virtual Private Network (VPN) and Signal App saying that they help to promote anonymity of a user and demonstrated how they can create strong passwords. “There is need to use strong passwords with over 15 characters including capital letters and special characteristics and activate two-factor authentication, as this prevents hackers from accessing your accounts because one receives a notification whenever someone else tries to login their accounts from another device”.

Ms. Kwikiriza advised female journalists to prioritize their safety through safety precautions such as; 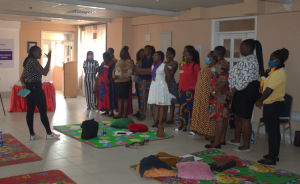 Ms. Amuge Peace, an online gender-based consultant guided the journalists on how to understand the new forms of violence such as cyber stalking, defamation/hate speech, and nonconsensual creation of sexual images and how they have led to psyco social, physical violence and economic loss among women human rights defenders. She encouraged journalists to stay calm and not give up on their duties, but to be conscious of their security while using internet. 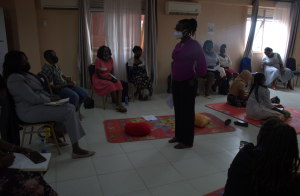 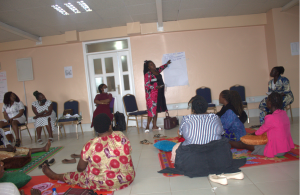 Some of the female journalists presenting during the online gender-based violence session.