Every year, on 08th March the world over celebrates Women’s day in the commemoration of the achievements as well as struggles of women. In line with this year’s theme,” Iam generation equality: realizing women’s rights”, Women Human Rights Defenders Network Uganda engaged with the female journalists under the theme The need to allow women journalists to work in a safe environment and speak up about harassment they face in their line of work.

The Women Human Rights Defenders Network-Uganda reflected on the role played by female journalists as human rights defenders with a clear emphasis on the their working conditions of discrimination, impunity and human rights violence that puts their lives at risk.

The training provided a platform for the female journalists to share experiences they go through while doing their work. This created visibility for the human rights violations they are subjected to while in the field.

The training sought to create space for female journalists as frontline defenders for human rights, with a clear focus on the gender specific attacks and share support systems where women human rights defenders at risk can be supported. Much as they are called upon to do their work, it exposes them to numerous risks and intimidations because they use mainstream media and social media to report on contentious issues such as corruption, crimes, human rights violations in elections, sexual violence, human rights violations and so much more.

Brenda Kugonza, the executive Director, Women Human Rights Defenders Network Uganda (WHRDN-U) urged the journalists to be vigilant with the environment they work in because they are always at risk.

“Because of the work they do, in Uganda Women Journalists face specific dangers, vulnerable to sexual harassment. They have had to deal with hateful comments directed to their appearance, gender and sexuality. These attacks and intimidations against them, have in some cases silenced them and blocked them from disseminating news yet their absence in the media has serious implications in the free and democratic media,”. says Kugonza.

On that note, stake holders were called upon to uphold fundamental rights so as to enable journalists to have a safe and secure working environment. 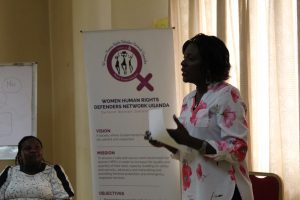 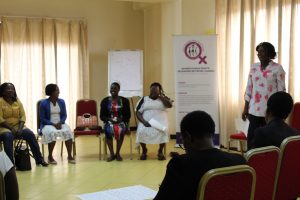 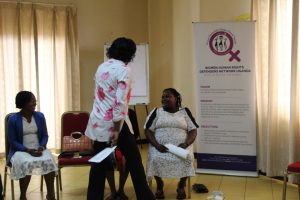 Brenda Kugonza advised the journalists to always seek for help from organisations that offer journalist protection, move with first Aid kits, with contraceptives and PREP for just in case something happened to them while in the field.

For protection the Women Human Rights Defenders Network Uganda gave the journalists a list of support services that exist for female journalists and advised them to make use of them or even share with their colleagues because they may need it for protection.

Just like Brenda Kugonza, Margret Ssentamu, the director of Uganda Media Women’s Association advised the journalists to protect themselves at all times and she told them to be well informed with the law for instance they should know their rights, entitlement, where to get services and what the law says about their work so that they are not caught off guard.

Margret Ssentamu advised the journalists to follow their work ethics while doing their stories because that is one of the protection measures they can use. 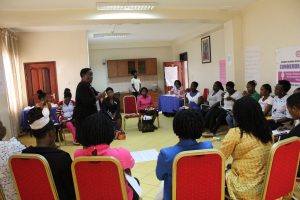 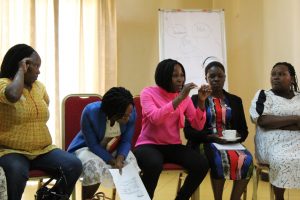 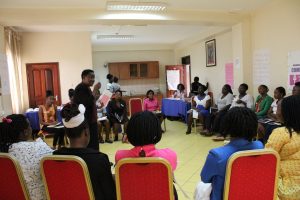 The risks highlighted at the event

The journalists present also raised concerns of facing sexual harassment at their work places, some are being asked for sex in order to retain their jobs, being used as baits to get some information from the male sources, their work mates using gender stereo types to attack them which in most cases has silenced them.

They further shared the experiences they have had while in the field doing work for instance some of them are intimidated when they chose to report on sensitive issues, blackmail from politicians, being raped by their colleagues while at the field being beaten and also having their items confiscated when in line of their duty.

With all that happening to the female journalists, the journalist requested the network to always have such trainings for them so that they can be empowered, they asked the network to do follow ups just to know how they are doing, to pay regional visits so that there can be regular engagements and they also decided to remain in contact with them. 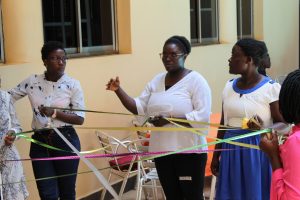 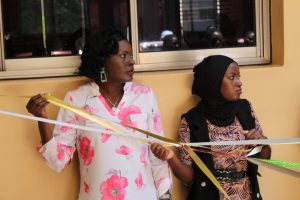