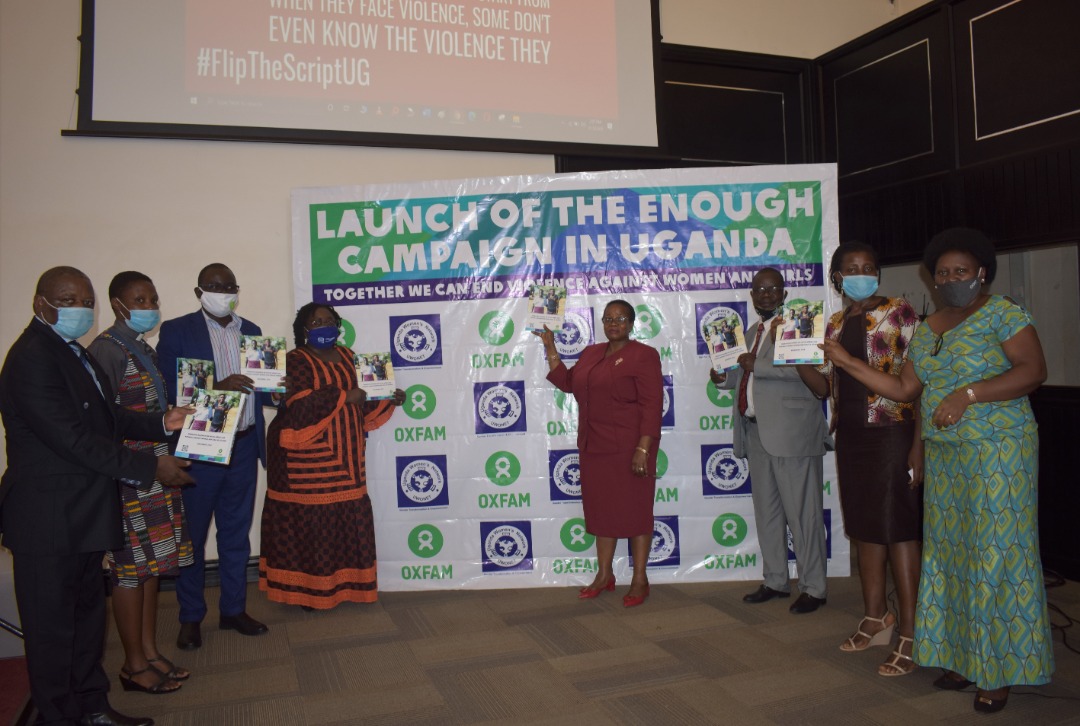 On 5th November 2020, Oxfam Uganda and Uganda Women’s Network launched the “Enough” campaign at Mestil Hotel aiming to put at  an end to the violence against women and girls in Uganda. Rita Aciro, the Executive Director of UWONET during her opening remarks, emphasized the importance of having a society that respects women and girls.

Under the #FlipTheSriptUG hashtag conversation around violence and torture of women was discussed as many organizations and people addressed the avenues through which this can be combatted. The Women Human Rights Defenders Network Uganda was proud to witness this launch and was represented by Brenda Kugonza (Executive Director), Margaret Kulaba (Chairperson) and Jane Ssenyange (Assistant Protection and Rapid Response Officer)

Today 5th Nov 2020, the Women Human Rights Defenders Network Uganda is humbled to withess the launch of the Enough campaign in Uganda with an aim of ending violence against women and girls that is embedded in cultural social norms. #FlipTheScriptUG pic.twitter.com/hOnEcNh9ij

Honourable Winnie Kizza called for more dialogue on violence against women by Presidential candidates as they traverse the country campaign for votes in the upcoming 2021 Presidential elections.

Hon @WinnieKiiza – Presidential candidates should give perspective and clear direction on how they will address issues of violence against women and girls as they traverse the country campaigning for votes. #FlipTheScriptUG pic.twitter.com/Z3u4k15ljP

A virtual reality tour of the launch of the “Enough Campaign” at Mestil Hotel.

Watch the video below of the Launch of the Enough Campaign.