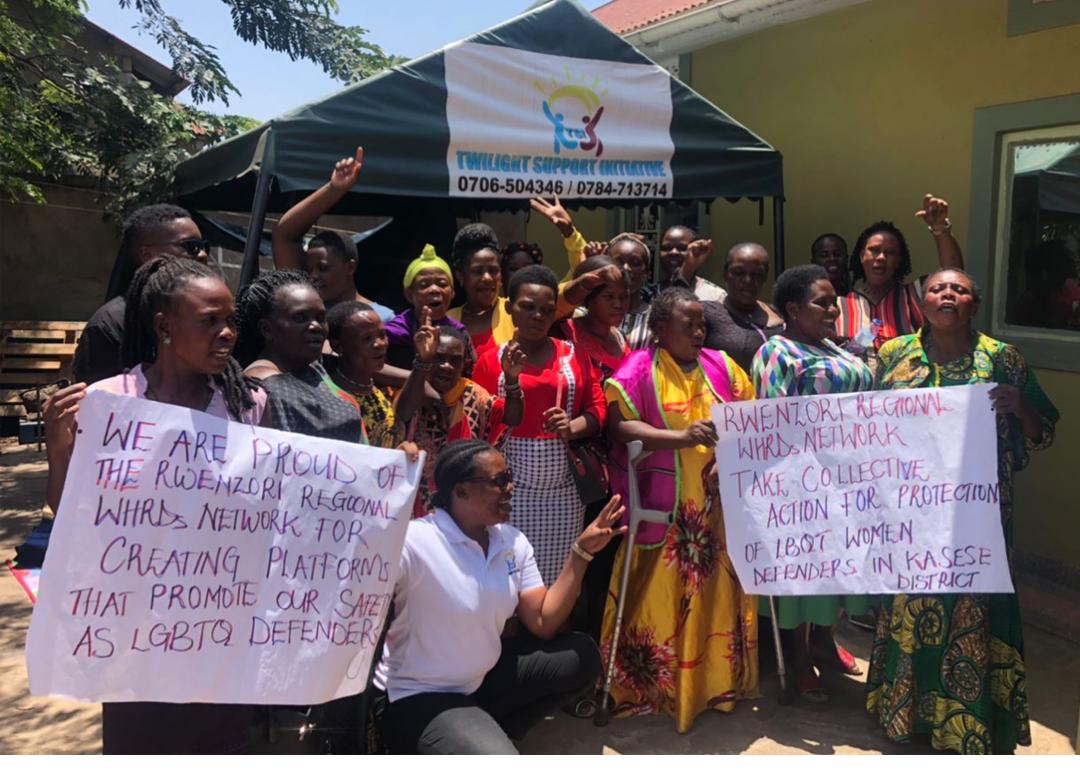 In the context of sisterhood and solidarity, 25 members of the  Rwenzori Regional Network of  Women Human Rights Defenders  extended a feminist solidarity visit to WHRDs defending LBQTI rights working with Twilight Support Initiative in Kasese district, that took place on 31st March 2022.

The aim of the solidarity to women LBQTI defenders in Kasese district was a way to help their actions, lend visibility to their struggles and promote local and inter-district solidarity.

“In Kasese district, Women defending LBQTI rights endure attacks and discrimination directly aimed at their identity as women or as LBQTI people, questioning our mental health and sexuality as well as shaming us  publically,” said Aisha of Twilight Support Initiative. According to Kats of Twilight Support Initiative “The solidarity visit is a source of protection, support and solidarity”.

The WHRDN-U will continue to inspire the Rwenzori Regional –Network of WHRDs to build a safer environment for themselves and each other.